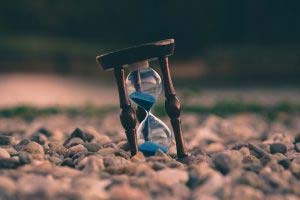 The Emergency Relief Act, passed in May, authorized the use of $100 million in federal funding from the CARES Act for statewide rental assistance. This week, it faces reform. The NY Act currently applies to low-income renters struggling to make monthly payments, guaranteeing rent assistance for up to 4 months for qualifying families — “qualifying” being the key word here. Of the $100 million in funding, only a little more than $23 million was distributed to roughly 9,600 applicants. Though an additional amount of nearly $17 million is set to go out to nearly 5,000 applicants whose qualification is “pending,” it has become clear that federal allocations are not being distributed efficiently. [1] Around $60 million, or more than half of the federal grant, must be allocated by year’s end, posing a significant challenge for state offices working under the legislation’s current parameters.

The urgency of the situation has prompted swift public outcry. Advocates for reform have spurred Cuomo to act executively, as timely action from Albany appears unlikely. The governor is on record stating that he will soon pass an executive order to change the law. Alongside an announcement that the state would be partnering with Perscryptive Health to expand rapid testing capacities, the governor’s office officially clarified that eligibility would open up to more than just the 15,000 already approved or pending approval households. [1]

Despite this, Cuomo is still facing pressure to extend deadlines. Advocates argue that even in the likely case of expansion of eligibility, state workers will not have enough time to coordinate an effective allocation effort. Such coordination will require a concerted effort from both the legislature and the executive offices to ensure that federal funding does not go to waste.

Ultimately, the efficacy of such measures will be determined in the numbers. How many New Yorkers will end up evicted, facing an increased likelihood of viral contraction? How many will, for lack of readily available rapid testing, become unwitting spreaders? How many more will die? Without measures that are able to adapt to a rapidly changing situation, the likely answer is: more than we could have prevented. Cuomo’s show of strength in a time of federal negligence will face its greatest test in the time from now until the widespread distribution of a vaccine.

In his own words: “The next chapter is going to be vaccine distribution and vaccine acceptance,” a possible and, indeed, likely challenge. “The vaccine… is the light at the end of the tunnel. It’s not a short tunnel, but we know the way through this. We just have to get there… with as little as loss of life as possible.” [2] In that vein, one must hope that his executive order comes soon enough.