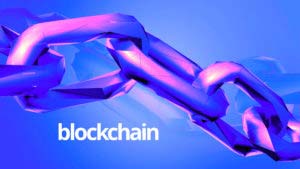 Everyone by now has heard of the cryptocurrency bitcoin. Bitcoin was created in 2007 by Satoshi Nakamoto (a pseudonym), who explains that bitcoin is a “purely peer-to-peer version of electronic cash [that] would allow online payments to be sent directly from one party to another without going through a financial institution.” Nakamoto transformed the way in which we can receive and make payments by creating a naturally decentralized and anonymous system. However, even a cryptocurrency needs a wallet, which is why Nakamoto created the blockchain. “The blockchain is an incorruptible digital ledger of economic transactions that can be programmed to record not just financial transactions but virtually everything of value” (Don and Alex Tapscott, (2016) Blockchain Revolution).

Blockchain is decentralized. This means that blockchain is used on a peer-to-peer basis, and therefore does not have a central ‘hub’ of sorts. This enables the information to be shared and updated simultaneously to all users in real time, making this truly public and reliable. Blockchain technology has great potential in countries where there is a lack of government or institutional trust. Its encryption technology makes it secure, reliable, and transparent, making it impossible for individuals or authorities to commit corruption or fraud. Blockchain technology is hosted by its millions of users at all times, making it virtually incorruptible. To understand blockchain technology, think of it like sharing documents via Google Docs. Instead of sending one file back and forth between users, Google Docs permits people to work on the same document while being updated simultaneously. This shared method of blockchain is what makes it so efficient.

Satoshi Nakamoto published the intricacies of bitcoin to the public, therefore it is not patentable. So financial institutions are racing to patent what they can of blockchain technology. Patenting the blockchain was never the intent or purpose. It is meant to be publicly accessible, and not restricted by regulations or user rights. The problem with blockchain patents is that they will “close off access to the technology” (Jeff John Roberts (2016) “Are Blockchain Patents a Bad Idea.” Fortune). Goldman Sachs has filed to patent a distributed ledger in order to easily clear foreign-exchange payments. MasterCard, Morgan Stanley, Bank of America and Craig Wright (who claims he is Nakamoto) have all recently filed patents.

However, the question remains: can blockchain technology can be patented under U.S. patent law? The Supreme Court’s 2014 decision in the case Alice Corporation Pty. Ltd. v. CLS Bank International limited the scope of what could be patented. InAlice, the court held that software patents fall within the ambit of “abstract ideas” (pursuant to 35 U.S.C.A. s.101) and therefore cannot be patented. “A patent claim that recites an abstract idea must include additional features to ensure that the claim is more than a drafting effort designed to monopolize the abstract idea; transformation into a patent-eligible application requires more than simply stating the abstract idea while adding the words ’apply it.’” Therefore, it is debatable as to whether the patents filed for blockchain technology will even pass the Supreme Court’s test. If these patents are successful however, patent owners would extremely limit the public access to blockchain technology since users would have to sign a myriad of licensing agreements. Patents are meant to spur innovation. However, experts believe that blockchain patents will actually be detrimental to the technology.

We are shifting towards a sharing economy where peer-to-peer business is overtaking traditional methods. Companies such as AirBnb, Uber in addition to bitcoin and blockchain have found success through a sharing economy model. Industry leaders are certain this will be the future of not only businesses but financial institutions.