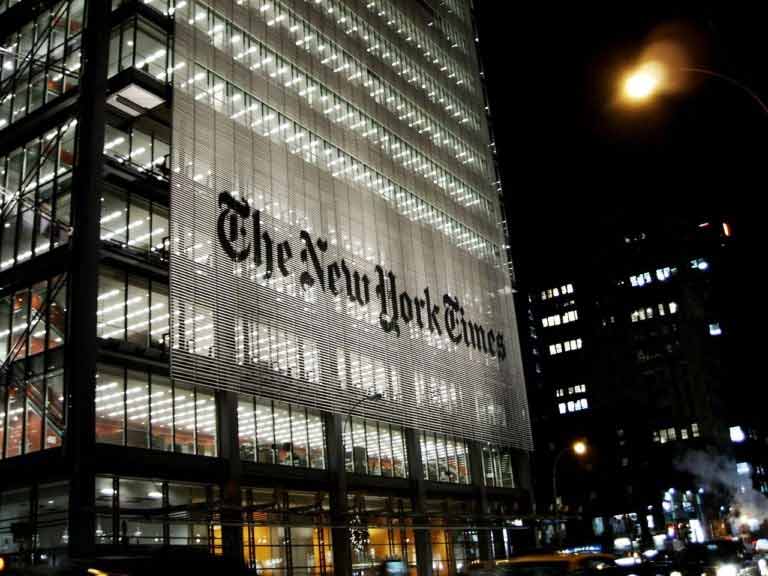 Today, SDNY Judge Jed S. Rakoff  dismissed a defamation lawsuit filed by the former vice-presidential candidate Sarah Palin against The New York Times, over an allegedly defamatory op-ed piece that Palin claimed inaccurately linked her to a mass shooting in 2011 that injured former congresswoman Gabby Giffords. The Times piece incorrectly drew a link between the shooter and a map circulated by the Palin PAC that showed certain congressional districts superimposed by crosshairs.

Rakoff’s dismissal was based largely on the ground that Palin’s complaint failed to show that the NY Times’ mistakes were made ” maliciously” instead of being the result of haste and even negligence.

Earlier this month, Judge Rakoff held an admittedly “unusual” hearing  to give what he called “context” to the Times‘ editorial processes as he weighed the motion by the NY Times to dismiss Palin’s  suit. Times editorial page editor and author of the controversial portions of the piece, James Bennet, had taken the court through a detailed dissection of the editorial that the former VP candidate claims was defamatory.

Bennet insisted he did not intend to imply a “causal link” between the 2011 mass shooting and the controversial  “crosshairs” map distributed by a Sarah Palin PAC.  Bennet said he in no way meant to suggest that shooter “was acting because of this map.” Judge Rakoff was apparently persuaded by the testimony as well as the paper’s subsequent corrections, finding: “Such behavior is much more plausibly consistent with making an unintended mistake and then correcting it than with acting with actual malice.”

The Judge’s opinion reinforces the protections that allow editorial authors leeway to write “rapidly” on immediate events of “importance,” even if such quick actions result in errors.