Can Companies Trademark a Color? 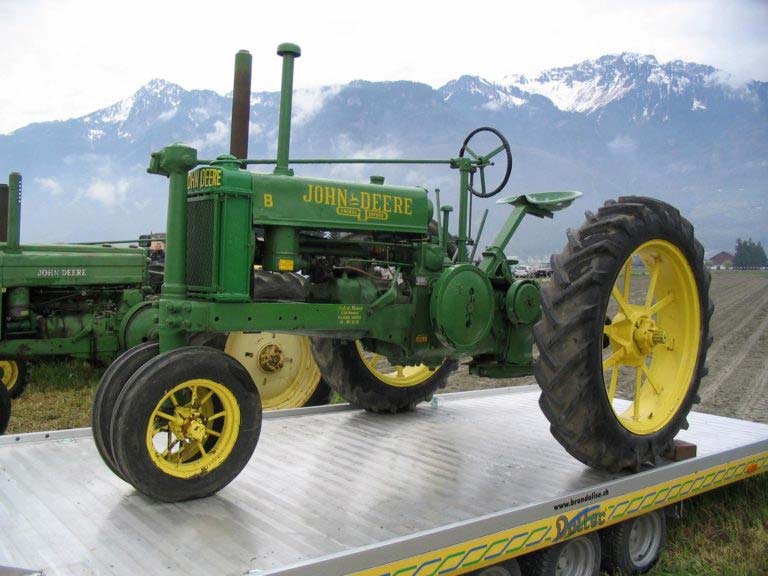 Trademarks can be an effective measure to protect a business or brand; they provide greater legal protection by granting ownership and exclusive rights to a mark. Traditionally these have been company names, symbols, designs, slogans and phrases, which are typically key for brand marketing. In recent years intellectual property lawyers have applied for trademarks for colors, shapes, sounds and scents, which are unsurprisingly not always successful. However, this week on October 13, 2017, District Judge Thomas B. Russell ruled that Deere & Co.’s symbolic green and yellow colored tractors are in fact a trademark.

Judge Russel held that FIMCO Inc.’s use of similar colors to Deer & Co.’s emblematic color scheme on their pesticide and other agricultural sprayers, infringed and diluted Deere & Co.’s trademark. Deere & Co.’s colors have three registered trademarks with the United States Patent and Trademark Office and has “expended considerable amounts of money and effort building consumer association between the [green and yellow colors] and its [equipment], while FIMCO has marketed its green and yellow less extensively and for a shorter period of time” (Deere & Co. v. FIMCO Inc. No. 5:15-CV-105-TBR, 2017 WL 4582805, (W.D. Ky. Oct. 13, 2017) para. 119). The Court ordered a permanent injunction barring FIMCO from using the colors. Judge Russel explained that “the relatedness of the goods, the similarity of the marks, evidence of actual confusion, the marketing channels used, and the likelihood of expansion factors all weigh in favor of Deere … [b]earing in mind that a successful Lanham Act plaintiff must only show a sufficient potential of confusion” (Ib. para.69).

Deere & Co.’s win is a rare instance. Defending a color as a trademark has been proven to be quiet difficult and even large companies have had trouble pulling it off. On August 23, 2017, the Trademark Trial and Appeal Board ruled that General Mills Inc. could not register a trademark for their yellow Cheerios boxes. Administrative Law Judge Anthony R. Masiello explained that customers “are more likely to view yellow packaging simply as eye-catching ornamentation customarily used for the packaging of breakfast cereals generally” and not specifically identify the yellow packaging with Cheerios.

Judge Masiello distinguished the yellow Cheerio box with T-Mobile’s distinctive magenta coloring. Where General Mills has a myriad of competitors, many who use yellow packing, T-Mobile has less competition and none who use the same color for branding. There is a more likely chance of potential confusion in regards to T-Mobile. AT&T’s use of a dark plum would confuse consumers as the color has been branded with T-Mobile’s services. In contrast, General Mills’ brand is not yellow, only its box of Cheerios, yet many of its competitors also use yellow to package their cereals. Therefore, it seems to depend on whether a company’s identity or product is associated with a color. For Deere & Co. the company is famously known for its green and yellow, and the same for T-Mobile’s bright magenta.