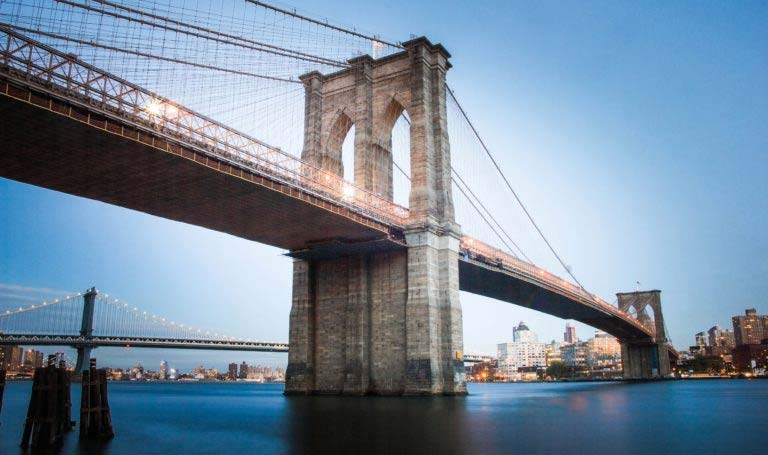 In 2004 the New York City government, in a bid to expand development beyond the confines of Manhattan, approved wide-ranging zoning changes for Downtown Brooklyn and offered up prime municipally owned land for new development projects. The centerpiece of this policy has come to be the City Point project, a multi-building complex that, by square footage, is now the largest mixed-use development in New York City.[1]

Purchasing the last remaining development site at City Point in 2015 for $120 million, Extell has started construction on a building it has dubbed the Brooklyn Point, a 68-story mixed use tower that will be the tallest building in Brooklyn, reaching 720 feet into the sky.[2]

The building will have its base floors dedicated to retail. The rest will be reserved for 458 luxury condominium units that will range in price from $837,000 for a studio to $2.9 million for a 3-bedroom apartment. Other larger units in the building may list for as much as $4 million, depending on demand. The top floor of the tower will feature a rooftop 27-foot-long saltwater infinity pool and a stargazing and observation deck, offering open air views of the city skyline. The apartment interiors will be designed by Katherine Newman in what she calls “Brooklyn industrial chic” and “refined midcentury aesthetic.” Additional building amenities will include “a fire pit, yoga studios and wine rooms, along with a Roy Lichtenstein-inspired ceramic installation of wall art in the lobby.”[3]

Also, as part of the development deal that Extell and the city government agreed to, giving Extell a 25-year tax abatement for the property, Extell has directly contributed to the construction of 200 affordable housing units in the surrounding neighborhood. [4] Those units will be urgently needed as Downtown Brooklyn’s population continues to grow. Brooklyn has been experiencing record price increases for residential real estate sales, with the median sales price in Brooklyn for the fourth quarter of 2017 resting at a near record of $770,000.[5] This has led Extell to anticipate total sales of $901 million for the Brooklyn Point, a number that rivals the income derived from some of the developer’s Manhattan properties. Extell’s Brooklyn Point represents a new period of luxury development in Brooklyn, perhaps bringing it closer to the profitability major developers like Extell have achieved in Manhattan.