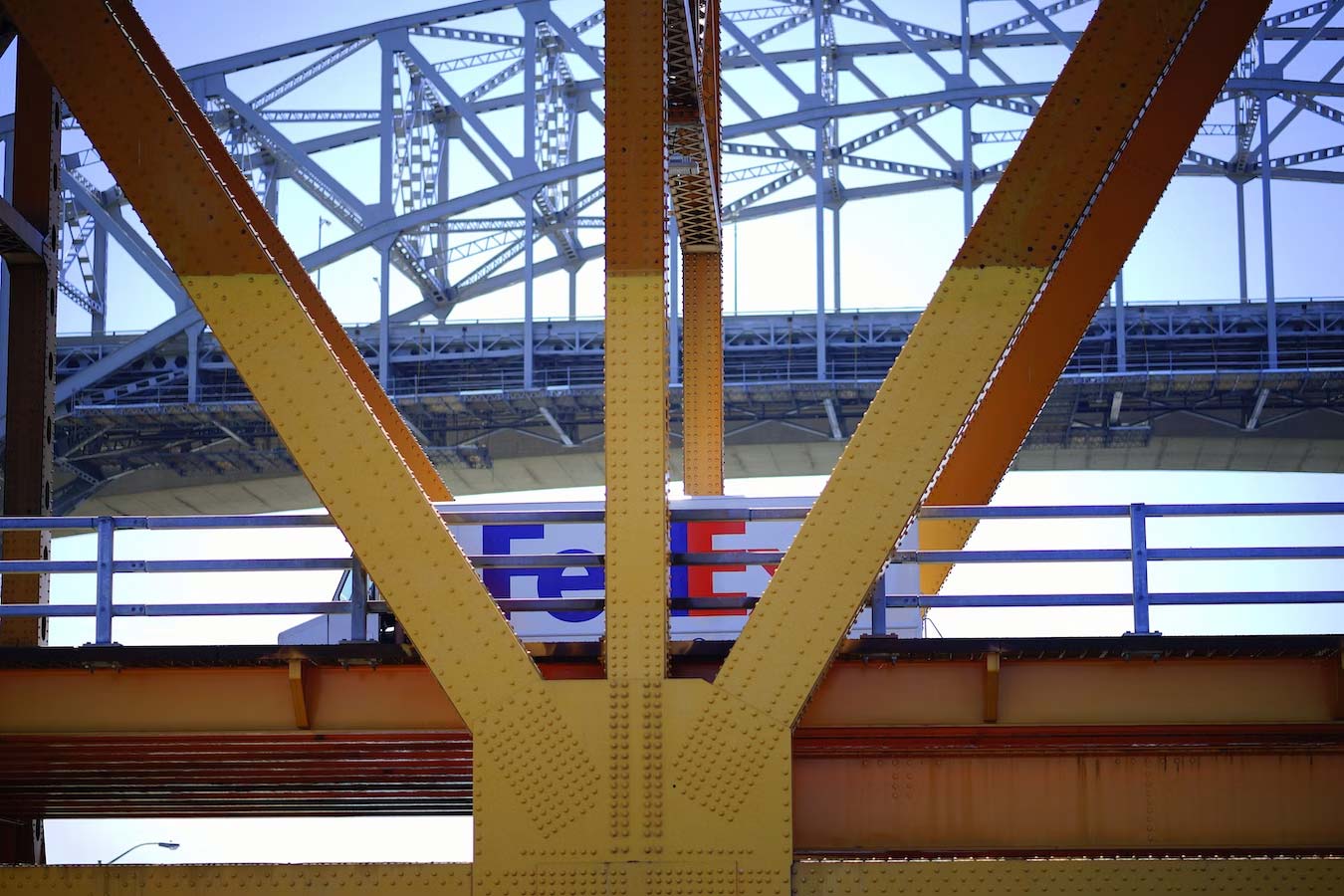 Earlier this week, the NY Times published a rather extraordinary in-depth piece on the ways e-commerce is transforming New York City. Although we have written before about how traditional retail is feeling the pinch from companies like Amazon, this new article reveals a breadth and depth of change that in truth has remained obscure for many New Yorkers, even those who regularly take advantage of rapid Amazon Prime deliveries. In short, with 1.5 million deliveries a day, Amazon and other e-commerce companies have caused a 23 percent slowdown in average speeds in the busiest parts of Manhattan over the last ten years. [1]

Earlier this fall, the Times drew attention to Amazon-related traffic in a different way—evidence is mounting that the delivery-time pressures from the company have caused an increase in automobile accidents nationwide, although for a long time Amazon avoided scrutiny because of its fleet of independent delivery vehicles. In other words, it is often not immediately obvious that an accident has been the result of a rushed delivery, especially to authorities. [2]

Whether or not e-commerce is speeding up or slowing down traffic, the logical next step in this process of change is in the location of logistics hubs like warehouses. To that end, Amazon has opened two new warehouses in the city this summer and as much as 2 million square feet of new warehouse space is currently being built within city limits. These wrenching changes to how goods are purchased and distributed is likely still in its infancy—only 10 percent of retail transactions presently take place online. City officials are experimenting with ways to ease traffic congestion and reduce the explosion of parking violations, although it clearly remains an uphill battle.

On the real estate front, however, the twofold shift away from brick and mortar retailers and toward placing warehouses inside of NYC is momentous. The aforementioned traffic problems mean it is less and less viable to service the city from warehouses located in New Jersey and Pennsylvania, as has traditionally been the case. Whether this means multi-story warehouses a la Hong Kong will be built in the heart of Manhattan, as some observers speculate, remains an open question. Similarly unclear is the future of defunct retail space on storefronts. Given the city’s perennial housing needs, a conversion into residential space may be the best use of that space, although co-working companies like WeWork have also plunged into this space, with mixed effects (see our October 24 blog). Either way, these are major developments in the economic geography of New York City that will likely have all manner of unforeseen consequences but that also represent an opportunity for astute observers.